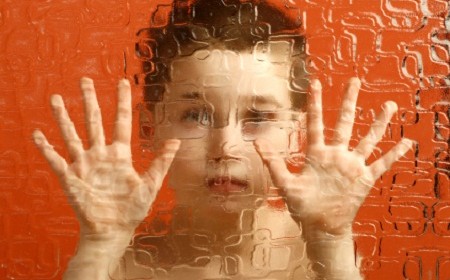 Causes of Enuresis can be many and varied but once the social and psychological elements are peeled away, there are essentially two physical functions which prevent bedwetting. The first is a hormone that reduces urine production at night. The second is the ability to wake up when the bladder is full.

The constant search for solutions is stressful on everyone concerned.

Western medicine’s response
Western medicine has a range of treatment options for Enuresis depending on the diagnosis of the cause. Treatments include behaviourally-based interventions such as bedwetting alarms and star charts, medications such as hormone replacement, self esteem courses and even surgery in some cases.

How does acupuncture work
The aim of the treatment is twofold:
To help develop the sensitivity of the nerve so that it will tell the brain when the bladder is full
Using needles to stimulate other nerves responsible for producing the hormone which reduces the production of urine at night.
An advantage of acupuncture is that it treats the problem as a physical one. Patients don’t need to feel embarrassment and shame because acupuncture treatment is not based on the view that there is a psychological cause to the problem.

Case Example (child)
James is a 12 year old boy who has a history of bedwetting. He had good control when he was awake during the day but not at night. Before coming to me he had seen doctors, physicians, and psychologists in his search for night time bladder control.

James’s parents believed that the reason James didn’t wake up is because he sleept so deeply. Even the bedwetting alarm failed to wake him.

James’s social development was profoundly affected by his bed wetting. His confidence was low; he shied away from forming friendships so that he didn’t have to deal with sleepovers. At James’ first visit to my clinic, he was nervous and worried about the needles, so electronic stimulation was used. This is not as effective as using needles, but is very helpful if the person has an aversion to needles.

Visit #2
On his second visit James was so excited by the fact of having woken up twice to go to the toilet that he decided to try the “real needles”.

Case Example (adult)
Trevor is a 45 year old man. He is one of a very small number of people who had never learned full bladder control at night and he wet the bed almost every night. He also suffered from both urgency and frequency during the day. When he got the urge to use his bladder he needed to find a toilet immediately.

The impact on his life has been significant. Trevor is a corporate manager with significant responsibilities. His job is demanding and he is required to attend frequent meetings, many of which are lengthy. Because of issues of frequency, he had to leave meetings several times to use the toilet. He found this both inconvenient and embarrassing.

Trevor‘s social life was deeply affected. He felt ashamed that he wet the bed and had never had a girlfriend because of his lack of night time control. He was shy and avoided social contact because of his low self esteem. He also described himself as having been depressed and anxious.

He went to the full range of psychologists, physicians and doctors. He had tried everything and nothing had made a difference. In desperation he decided to try acupuncture.

James had a positive result straight away. Acupuncture helped both his day time problem of urgency and frequency and also his night time problem of bedwetting. The first three nights following the first treatment he was dry, an experience he could not remember having had in the past. And he reported that he was feeling less urgency during the daytime during those first few days. He underwent 2 months of acupuncture during which he attended twice a week.

After 2 months, and with his confidence and self esteem improving James decided to come weekly for several more weeks until he felt confident that he could manage the situation himself.

At the time that James left acupuncture he had been dry at night for months and was also able to manage longer meetings during the day without needing to go to the toilet.

James’s experience is a real success story. After a full life time of inadequate control of his bladder he was cured within several months. The positive impact on his professional life, social life and his self esteem was profound.

Press Ctrl + D to Bookmark this page for future reference. 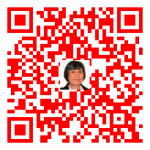